Visyond Help Home
How to manage Named Ranges in Visyond

You can create named ranges by using the text box on top of the grid or the Named Ranges Panel.

Selecting a range in the grid and typing the name in the text box. 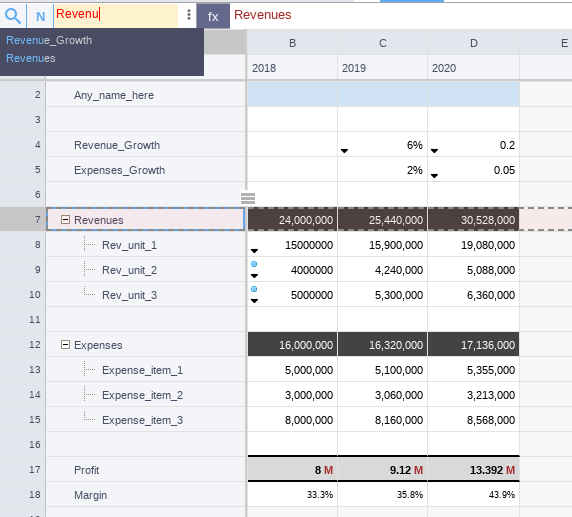 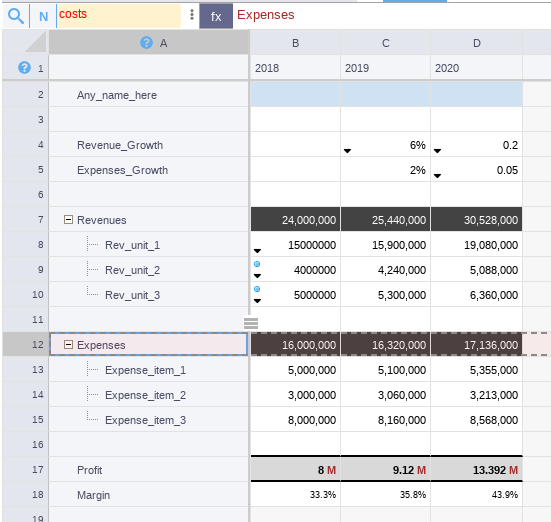 Open the panel by clicking on the “N” button.

The panel displays all the Named Ranges in the project.

You can type a new name, a range or formula returning a range, and click “Add” to create a new named range.

Just click on the name or range to update them. Click on the bin icon to delete the range.

When you delete a range, all its occurences will be replaced with the corresponding range.